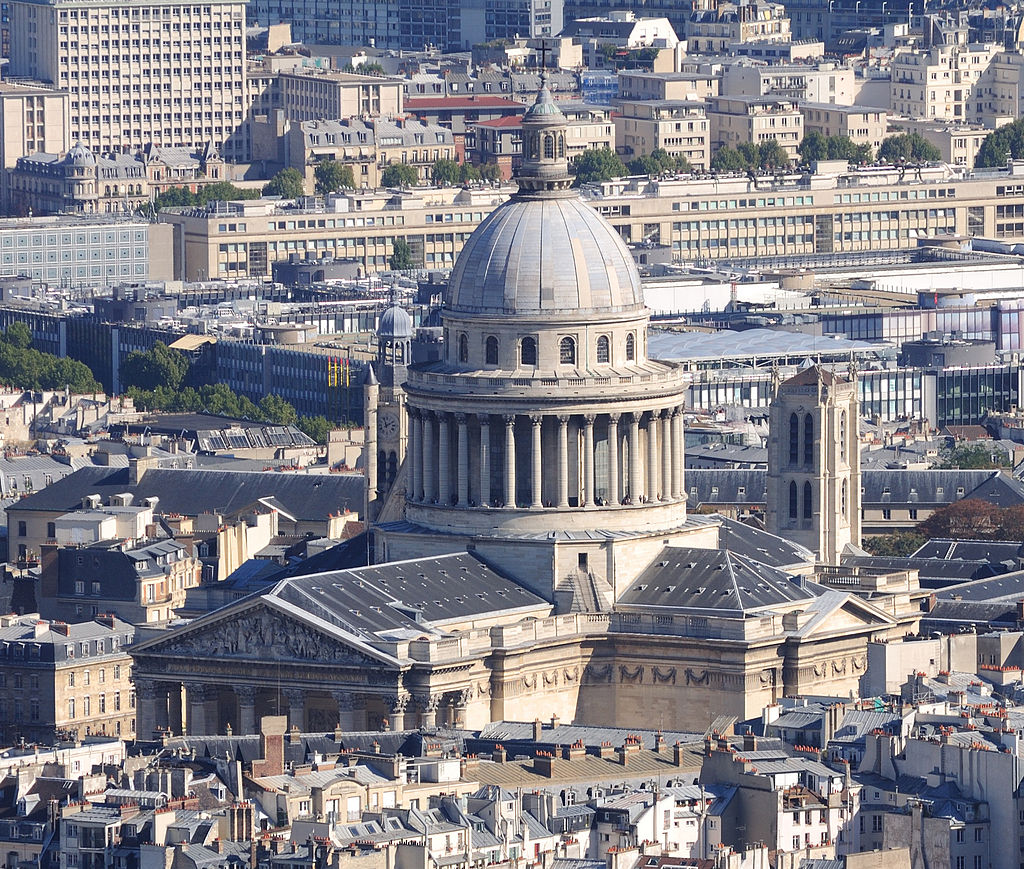 Some of us had the privilege of meeting in person in an impressive building of the French Ministry of Higher Education, Research and Innovation, located just steps away from the Pantheon. Marin Dacos, a CoNOSC Board member, welcomed the CoNOSC Board chair Henriikka Mustojaki and representatives of SPARC Europe, Vanessa Proudman and Agata Morka, at the ministry headquarters from which we broadcasted the CoNOSC meeting to members gathered in front of their screens across Europe.

We were delighted to see that the members’ network has significantly grown since the last CoNOSC meeting in December. The network now has members from 18 European countries, with Denmark, Greece, Hungary, Norway, Slovenia, and Spain joining us since December 2021. The meeting gathered 37 participants, including members and observers from the European Commission and the European Universities Association.

The first part of the morning session was devoted to new members presenting the status of their national open science (OS) policies. We heard from Denmark, Greece, Hungary, Norway, Slovenia, and Sweden. The landscape that emerged from these presentations was optimistic. While some countries have strong governmental OS policies, strategies, and mandates (Norway, Slovenia), many others are under development (Denmark, Greece and Hungary, Spain), often launching public consultation on proposals. In some cases, like Sweden, although no official OS strategy is in place, there is still a sense of a solid national direction towards the Open.

The presentations revealed the complexity of the OS landscape and differences in national decision-making processes and workflows. We saw a plethora of stakeholders involved in developing OS policies in each country, ranging from national research foundations through ministries, national libraries, universities, rector’s conferences, and others. We have also seen a bottom-up approach blossoming in Romania and Greece, with a strong push towards consensus building, providing services and developing skills.

All presenting countries have ambitious plans for the coming years for OS: Denmark will focus on evaluation, implementation of the national strategy for data management, and revision of the Danish Code of Conduct for Research Integrity. Hungary has launched a public consultation on the recently published position paper, seeking feedback from the community, aiming to prepare the national open science strategy at the end of 2022. Norway is looking closely at reforming the recognition and rewards system with their NOR-CAM toolkit; Slovenia is pushing for the OS policy implementation with two new projects focused on OS infrastructure. Sweden is mapping out the use of Open Education resources, general public engagement in scientific research, and national work on Open Data. Spain regularly issues special calls for OS projects offering funding for OS infrastructure.

All members expressed their eagerness to share good practices and learn from each other’s experiences within the CoNOSC network. We also saw different deadlines for achieving these ambitious goals, with time frames ranging from the winter of 2022 to the year 2027.

In the second part of the morning session, Jon Treadway and Vanessa Proudman presented preliminary findings from interviews with CoNOSC members: the 24 representatives from 15 nations and the European Commission. In their presentation, they showed common themes identified during these conversations. Jon stressed that the international OS policy landscape is fragmented, with multiple stakeholders, different policy support groups, and ways of capturing and sharing information on OS.

Interviewees pointed towards many differences in the national OA coordination efforts (e.i. the role which legislation plays, the responsible bodies, etc.), but similarities have also been identified. Respondents pointed out that international OS initiatives would benefit from working with national perspectives from the start. Jon concluded that there is no one European OS policy roadmap, no one linear process that could guarantee a smooth development and implementation of the OS policies.

When asked about the role of CoNOSC, interviewees pointed towards connecting those responsible for OS policies on national levels. They would like to see CoNOSC as a safe space where examples of good practices can be exchanged to help them navigate the OS landscape while learning from each other. They would also like to explore national differences and similarities and focus on chosen topics in depth while also grasping a broader picture of OS policy development. Among special interest data management topics, policy monitoring and research assessment were the areas most commonly prioritised; quoted by interviewees. More cross-cutting topics such as navigating the OS policy landscape, monitoring the whole policy cycle, understanding the processes and workings of policymaking, organisational dynamics and how priorities are set.

The afternoon session focused on dialogue. The discussion, led by Vanessa, evolved around successes and challenges that the CoNOSC members encountered when developing their OS policies.

The discussion clearly showed that the exact scope of OS policies varies in different national contexts. While in most cases, Open Access and Open/FAIR Data lie at the core of OS-related efforts, sometimes Open Education, Citizen Science and recognition and reward systems are included.

Organisational structure affects the development of the OS policies in each country.

CoNOSC members also stressed the importance of engaging stakeholders in creating OS policies. The shared experience seemed to be to engage high-level expert groups in the initial stages of drafting OS national plans, and involve as broad of a stakeholders group as possible in the process, ranging from libraries, universities, hospitals, RPOs, learned societies, and universities. The challenge is to sustain involvement.

Members pointed out researchers as one of the key stakeholder groups to include and consult. Members seemed to agree that the OS policies would be developed through conversations with the research community, with many countries putting drafts of their OS plans out for public consultations.

The need for a legislative framework was mentioned, as was the challenge that a lack of continuity in the political environment can play, whether that is changing governments or different personnel with responsibility in a ministry.

The European Commission representative stressed the importance of a shared vision towards open science becoming the new normal. This calls for strengthened coordination and mutual learning at a European level while taking into account national differences and the needs of different communities.

The meeting proved CoNOSC to be a safe place for knowledge exchange and honest discussions about the difficulties of carrying out the OS agenda in different national contexts. It showed great strength in sharing experiences and learning from one another. We look forward to more in the future.